For some time I had been asking myself questions regarding day-to-day life in a way I never had before. I was married to the second great love of my life. He was great and we truly loved each other a lot. Yet there were times that he got on my nerves. By then I had come so far that I knew that every time I got irritated by someone, there was ALWAYS something I could find and adjust within myself. Each time I adjusted the way I viewed the situation I could feel myself grow. Often I could conclude that the reason for my irritation evaporated. One step at the time I discovered what kind of different “buttons” I “allowed” other people to push.

I knew that every time I was pointing a judgmental finger at someone else, three fingers were pointing back at me.

Yet for the longest time I was convinced that he was an exception to that rule. I asked myself: “But this time, his behavior must have to do with him only?” It took 38 times before I finally understood that my husband was not an exception to that rule. Every time I choose to react with judgment and blame, with no exception, there is something within myself that I need to adjust. 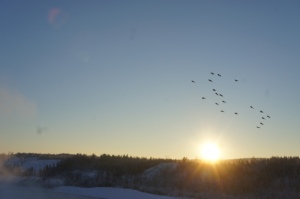 I realized that instead, as soon as I chose to talk about what had just happened without blame, he was open for discussion and we could easily find a solution to what just had happened.

Simple! After that I just kept reminding myself not to judge and blame others.

This changed my life in a good way. I consciously started to try and rid myself of all judgments. Within no time I realized that there were lots of built in judgments in my life. It became a fun process to find those and I was amazed at how often I had ‘secretly’ been judging others in the past. If and when it happens, I now know how to easily deal with it.

It was so meaningful to really grasp that ANYTHING I CAN EVER CONTROL IS MYSELF and it is my choice how to react to what others say and do. It must be said again, this makes it so much easier to handle situations where one is treated unjust.